Argos is a unique worldwide location and data collection system dedicated to studying and protecting the environment.

The Argos system was created in 1978 by the French Space Agency (CNES), the National Aeronautics and Space Administration (NASA) and the National Oceanic and Atmospheric Administration (NOAA), originally as a scientific tool for collecting and relaying meteorological and oceanographic data around the world. In 1986, CNES created a subsidiary, CLS, to operate, maintain and commercialize the system. Today, CLS is the exclusive provider of Argos satellite telemetry services for scientific and environmental applications.

Currently, several other international space agencies also actively participate in the Argos system including European Organization of the Exploitation of Meterological Satellites (EUMETSAT), the Indian Space Research Organization (ISRO) and others.

CLS, exclusive provider of Argos services for scientific and environmental applications since 1986

CLS (Collecte Localisation satellite) develops state-of-the-art processing tools and services for distributing high value-added data to Argos users. In addition, CLS renowned user services are available around the world, to serve Argos users in their language and their time zone. CLS is available to help Argos users from before they open their program and on a day-to-day basis once their program is operational.

CLS has been providing satellite-based solutions for location and environmental data collection for nearly 30 years. Initially founded by CNES (the French Space Agency) and IFREMER (the French Research Institute for Exploitation of the Sea) to operate and market the ARGOS system, CLS today provides satellite-based solutions to 5 sectors of activity, including environmental monitoring, maritime surveillance, energy & mining, sustainable fisheries and fleet management.

Founded in 1961, the Centre National d’Etudes Spatiales (CNES) is the government agency responsible for shaping and implementing France’s space policy in Europe. Its task is to invent the space systems of the future, bring space technologies to maturity and guarantee France’s independent access to space. CNES is a pivotal player in Europe’s space program, and a major source of initiatives and proposals that aim to maintain France and Europe’s competitive edge.The Argos program is administered under a joint agreement between the National Oceanic and Atmospheric Administration (NOAA) and the French Space Agency, Centre National d’Etudes Spatiales (CNES).

The National Oceanic and Atmospheric Administration (NOAA) is a scientific agency within the United States Department of Commerce focused on the conditions of the oceans and the atmosphere. NOAA warns of dangerous weather, charts seas and skies, guides the use and protection of ocean and coastal resources, and conducts research to improve understanding and stewardship of the environment. The Argos program is administered under a joint agreement between the National Oceanic and Atmospheric Administration (NOAA) and the French Space Agency, Centre National d’Etudes Spatiales (CNES).

EUMETSAT is the European operational satellite agency for monitoring weather, climate and the environment. It operates a system of meteorological satellites that observe the atmosphere and ocean and land surfaces. This data is supplied to the National Meteorological Services of the organization’s Member and Cooperating States in Europe, as well as other users worldwide. The primary objective the of Argos Advanced Data Collection System (A-DCS) is the collection and dissemination of ocean data.

The Indian Space Research Organisation (ISRO) is the primary space agency of India. ISRO is one of the largest government space agencies in the world. Its primary objective is to advance space technology and use its applications for national benefit. The Satellite with ARGOS and ALTIKA (SARAL) is a joint Indo-French satellite mission for oceanographic studies. SARAL will perform altimetric measurements designed to study ocean circulation and sea surface elevation. 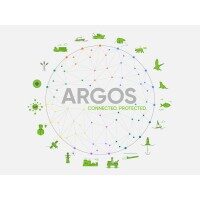 We welcome feedback and suggestions for better results.

SHARE THIS COMPANY
Share this and help your friends discover this awesome company!
or copy URL to clipboard