The idea that grew into ThisFish was seeded in 2008 when fishermen on Vancouver Island approached Ecotrust Canada with a request: “We want to develop a traceability system to better market our seafood.” From that simple request, Ecotrust Canada, a Vancouver-based non-profit whose mission is to build a “conservation economy,” began collaborating with fishermen, seafood processors, unions, retailers and other NGOs to bring more trust and transparency to seafood supply chains. 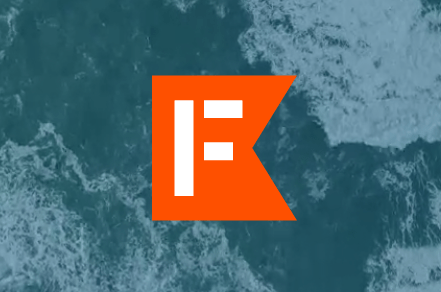 In 2010, Ecotrust launched an online Trace platform to empower consumers to trace their seafood back to the harvester who caught it. The platform quickly expanded from British Columbia to Atlantic Canada’s lobster industry and beyond.

The Trace platform was piloted in Europe, in Brazil with Conservation International, in Chile with the Walton Foundation and in Indonesia and Vietnam with Indonesian non-profit MDPI and Wageningen University in the Netherlands (Visit Improving fisheries Information and Traceability for Tuna project website.)

Whether tracing mangrove crabs from the Brazilian Amazon or the first Fair Trade-certified seafood from handline tuna fishermen in Indonesia, one problem kept arising no matter the location: information systems running seafood supply chains are archaic.

Most data is trapped on paper records. It also became apparent that fish processing plants were the most critical nodes in the supply chain, acting as a data bottleneck. Processors were struggling to keep up with data demands from customers and the growing complexity of certifications and regulations.

In 2015, Ecotrust Canada partnered with MDPI and Wageningen University to develop an MVP (minimum viable product) that would become ThisFish’s Tally traceability and workflow software. The alpha version, nicknamed Tally-O, was piloted in two processing plants in the Maluku Islands in Indonesia.

Recognizing the success of this early pilot, Ecotrust Canada developed the beta version of Tally in 2017 and fully launched ThisFish as a social enterprise. That year ThisFish Inc. won the Fish 2.0 global start-up competition.  In 2018, the new company was accepted into Techstars Sustainability, a Denver-based accelerator co-sponsored by The Nature Conservancy. As part of Techstars, ThisFish Inc. raised an early seed round of capital from impact, angel and institutional investors in Canada and the United States.

Since its launch, ThisFish Inc. was named one of BC’s top 10 start-ups by New Ventures BC, one of the top 15 foodtech start-ups by Rabobank’s Foodbytes competition, and one of the top agri-good startups by Ready To Rocket. In 2020, ThisFish Inc. also won the THRIVE Canada Challenge sponsored by SVG Ventures, beating out 90 other companies as the top agtech start-up in Canada.